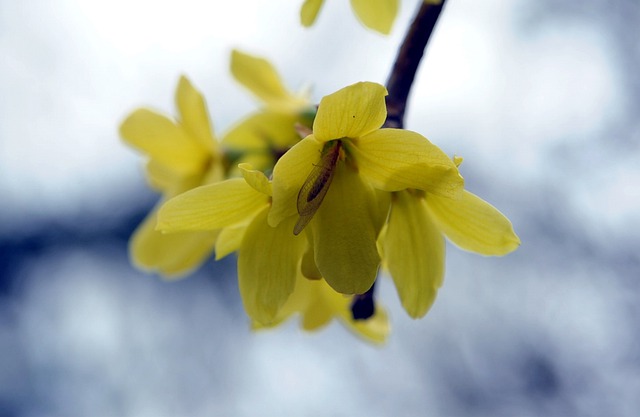 Berberine is a chemical compound naturally present in many plants of the Berberis genus, such as barberry (Berberis vulgaris), Oregon grape (Mahonia aquifolium), and Chinese goldthread (Coptis chinensis), and tree turmeric (Berberis aristate) amongst others. It belongs to a group of chemical compounds called alkaloids, and it is normally found in the roots, rhizomes, stems, and barks of the plants that contain them.

The use of berberine can be traced as far back as 650 BC in Assyria, where it was used as a blood purifying agent. It was also a very important ingredient in the Ayurvedic, Chinese and Middle Eastern traditional medicines as its extracts were used in the treatment of many infections like eye, ear, and mouth infections. Berberine extracts were also used to cure haemorrhoids, dysentery, uterine and vaginal disorders, treat snake bites, and scorpion bites and accelerate the healing of wounds (1, 2).

Today berberine is a popular ingredient in many plant-based dietary supplements used to treat the common cold, fever, influenza, and respiratory tract infections (3). In recent decades, the use of berberine in the treatment of diabetes has also become popular thanks to the different outstanding results that have been obtained from many successful clinical trials with diabetics.

Diabetes is a condition of high blood glucose levels in the body which can either be caused by the inability of the beta cells of the pancreas to produce insulin (type 1 diabetes) or the insensitivity of the body to use the insulin produced by the pancreas (type 2 diabetes).

Diabetes if not properly treated can be very dangerous to the entire body as it can affect other vital body organs like the heart, the eyes, the brain, and kidneys. The complications of untreated diabetes can be moderate, severe, or even deadly (like the diabetic coma) depending on the individual concerned.

Diabetes is a difficult disease to manage and as time goes on, scientists are constantly researching better ways to improve the lives of those living with diabetes. Generally regarded as safe (GRAS) plants have had a long history of use in the control of diabetes, but the drawback with them is the difficulty in controlling their quality since many of these plant products use a combination of several compounds.

This is however different from berberine as it is a single purified compound, proven to lower blood glucose in vitro (out of cells) and in vivo (in cells) (4).

Simply put, glycolysis is the breakdown of glucose to release energy. This energy is needed by the cells of the body for their different functions. Glycolysis uses more glucose to produce the same amount of ATP (Adenosine Triphosphate) that is produced during respiration, thus more glycolysis implies more glucose utilization, consequently lowering its levels in the blood. ATP is the energy source or energy-carrying molecule at the cellular level (6).

Berberine induces glycolysis by activating the adenosine monophosphate protein kinase (AMPK) pathway. AMPK is an enzyme that plays an important role in balancing the production of energy in the cells. When cellular energy is low, AMPK stimulates the uptake and oxidation of glucose and fatty acids. It functions as an energy sensor in the cells, and its activation depends on the AMP: ATP (adenosine monophosphate: adenosine triphosphate ratio).

AMPK also promotes glycolysis by rapidly accelerating direct phosphorylation and maintaining the raised phosphorylation for a longer period in the cells. It also stimulates the mitochondria to metabolize non-carbon sources. These increase insulin sensitivity. The efficiency of berberine in improving insulin resistance has been documented in many clinical trials as well as any animal studies. Administering berberine for five weeks resulted in a significant reduction in both fasting blood glucose and postprandial blood glucose in animal studies (8).

It helps to reduce weight

Berberine helps to reduce weight by increasing brown fat (brown adipose tissue) which promotes energy expenditure. When brown fat is being burned down (thermogenesis), the process creates heat without shivering (since brown fat is usually the fat that is burned down when you get cold. During thermogenesis, brown fat also burns calories, all contributing to weight (10).

A research study reported that participants that took 750mg of barberry twice daily for three months lost weight significantly (11). Another study reported a reduction in body mass index (BMI) for those who took 200mg of barberry, three times daily. Obesity and overweight are both risk factors for the development of type 2 diabetes because excess weight reduces insulin sensitivity.

Thus, weight reduction improves insulin resistance, and this has been reported in numerous studies. Consequently, a weight management plan is usually part of the diabetic treatment program for those who are overweight and obese. They are usually encouraged to engage in some form of lightweight physical activity like walking for at least 30 minutes a day (12).

In animal studies, Prevotella was reported to induce insulin resistance and aggravate glucose intolerance. However, treatment with berberine for three weeks resulted in a decrease in the population of Prevotella copri (13).

How to take berberine for diabetes

The antidiabetic effect of berberine is directly proportional to the dose consumed; at very low doses, the potential of berberine to reduce blood glucose levels is incapacitated. Berberine supplements exist either in capsules or a supplement and are recognized by the American Association of Naturopathic Physicians (AANP). They encourage that people should always talk to a doctor first before taking berberine.

The Food and Drug Administration (FDA) generally does not regulate the dose of supplements, and this rule also applies to berberine. Thanks to numerous research studies, certain safe limits have been established that have also proven effective when taken.

The standard dose of berberine ranges from 900mg to 2,000mg daily. This dose can be divided into three to four smaller doses, spread through the day. This is because taking large doses of berberine at a go can upset the stomach and result in stomach cramping and diarrhoea.

Besides berberine has a half-life of only several hours, thus spreading the dose up to three times is essential in maximizing its effect. Research studies have reported that taking 1500mg of berberine, in 500mg doses three times a day is also as effective as taking 4mg of glibenclamide or 1500mg of metformin which are both potent pharmaceutical drugs widely used for the treatment of diabetes. People who took 500mg of berberine, three times a day for 3 months had a significant reduction in markers of diabetes (15).

Some other professionals advise that adults take between 400mg to 1500mg of berberine orally every day for up to 2 years. medicines implored in the treatment of type 2 diabetes (16).

It is prudent to take berberine either alongside a meal or shortly after a meal. By so doing, you take advantage of the spike in blood glucose and blood lipid levels that result from eating (15).

Berberine is a powerful bioactive compound, found naturally in many plants. Due to its hypoglycemic effect, it has been widely implicated in the treatment of diabetes in recent decades. It is most beneficial for those with type 2 diabetes. Many studies have proven that it can improve glucose uptake independent of insulin as well as it can improve insulin sensitivity in the presence of insulin.

It is a potential diabetic treatment for those who cannot take other commonly used anti-diabetic drugs due to the presence of other diseases or health conditions like liver failure, heart disease or kidney failure amongst others.